How to Stop Bears from Coming Into Your Yard

Posted on May 22, 2022 Categories Outdoor Living 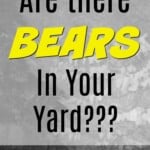 Whether you live in the country or in the city, bears coming into your yard is becoming more and more of a problem for homeowners. Bears are quickly losing their habitats as overdevelopment strips them of their home. So, of course, they’re going to find a new home – and it might be near your yard.

That’s not to say that you want to have any encounter with a bear – or accidentally scare one when you walk out on your porch and are surprised when a bear is sitting there.

How to Tell If You Have Bears in Your Yard

First of all – you need to know if there is bear activity in your yard or around your house.

Perhaps you’ve seen the bears. Or your neighbors have had bears in their yard.

Or maybe you’re just seeing some signs of bears, such as poop, damage to bird feeders, scratch marks on trees or your porch, or trash in your yard.

Black bear poop (also called scat) looks like human poop, only larger. The tubular poop can be up to a foot long and is usually in a large pile. The poop can be full of berries, seeds or plants, depending on what the animal has eaten.

A great way to know if you definitely have bears is to set up a motion activated camera.

Wildlife cameras are way easier to set up than you think. They can simply be attached to a nail on a wall or with a zip-tie to a pole. Which means you don’t have to be an electrician or even tech-savvy to put a wildlife camera in your backyard.

We gave our mom a few wildlife cameras to put around the house when she was worried about bears maybe being in her backyard. These pictures are what she found!

She discovered that bears were coming in the driveway around 10:45 p.m. at night and early in the morning. It confirms what she already was worried about.

How to Stop Bears from Coming Into Your Yard

The following helpful tips on how to deter bears from coming into your yard are from the Florida Fish and Wildlife Conservation Commission, as well as Colorado Parks and Wildlife:

Prevent Odors: Bag your food and anything with a scent in airtight, odor eliminating bags. Bear proof trash containers are an option.

Clean Your Grill: Clean up the grease and food on the grill grate after grilling. When grilling, don’t leave your food unattended if bears are known to be in your area. Put your grill away, after it has cooled down, in a garage or shed to prevent odors.

My mom’s neighbors threw a party and grilled out. They left the grill on the porch, put the food inside, and left windows open, then they left the house for a couple hours. In the meantime, a bear came up on their porch sniffing around the grill and trying to get in the house.

Remove Bird Feeders: Bears will eat bird food just like the birds do. Don’t leave bird feeders out when bears are active, from early Spring to late Fall. Bring hummingbird feeders indoors at night. If you must leave out your bird feeder, sweep up debris from the ground underneath.

Keep Pet Food Indoors: Don’t have cat or dog food outside. Feed your pets indoors or bring their food bowls indoors at night. Do not store pet food outside, even if it’s in a plastic container.

Put Out Trash Immediately Before Pick Up: Don’t put out your trash the night before your garbage pick up unless the waste removal trucks come well before you are awake. Trash outdoors is an invitation for bears.

Always Put Trash in a Can: Never leave bags of trash on the ground for pick up.

Talk Radio: Bears are deterred by the sounds of humans talking. So if you need to protect your property, put on a talk radio station and let it play. A bear’s hearing is pretty good, so a music station with songs isn’t going to work. It needs to be people talking as in a conversation for it to work.

Use Motion Detected Deterrents: Bears will be startled by sudden noises and lights, such as motion activated flashing lights, noise makers, motion activated sprinklers, etc. However, over time, they will become accustomed to the lights and noise.

Unwelcome Mats: Instead of a traditional welcome mat outside your front door, get an unwelcome mat instead! These mats have small nails poking out that stop bears from getting near your door.

Bleach and Ammonia Smells: Bears have a strong sense of smell. In fact, it’s 100 times better than a human’s. So nasty smells, such as bleach and ammonia, are even more horrible for bears. Prevent the animals from digging into trash cans by washing the cans with bleach or ammonia-based products.

Careful with Compost: Your compost pile could be attracting bears, especially if you put in sweet-smelling foods. Turn your compost regularly to keep odors down.

Fruit trees and Berry Bushes: These are great food sources for bears. If you have these trees or plants in your yard and want to keep them, make sure to pick up food that has fallen to the ground. However, it still won’t deter a bear from climbing up a fruit tree to get what they want.

Bear Proof Trash Cans: If you have known bear activity in your community, you might need (or are required) to have a bear-proof trash can. Sometimes these are given out by the waste handling company. Or get your own trash can that bears can’t get in.

Electric Fencing: To protect certain areas of your yard or your entire property, electric fencing has proven to be very effective to repel bears. This is a great idea around small areas such as gardens, bee hives, parking areas, etc.

Remove All Scented Items from Outdoors and Vehicles: Bears aren’t just interested in food. They are curious about smells, even odors coming from things like sunscreen, candles, lip balms, soaps and more. Bears are known to break into cars that have these items inside, even if there is no food. Remove scented items from outdoors.

How to Protect Yourself from Bears in Your Yard

If you walk out your door and you see a bear, here’s what to do, according to the Florida Fish and Wildlife Conservation Commission:

Make noise: Talking or whistling while walking lets bears know you are there.

Protect Pets: Keep animals on a leash when walking them outdoors to limit bear encounters. Pet food also attracts bears, so keep it stored and sealed when pet is not eating.

Bears are most active at dusk and dawn and dark: We’ve found that out to be true using our wildlife cameras and from observation. Be careful getting into and out of your car if you don’t park in a garage.

Don’t Show Fear: Do not turn your back, play dead, climb a tree or run. Instead, back away slowly while speaking to the bear in a calm, assertive voice.

Don’t Run: Hold your ground if a bear paws the ground, huffs, clacks, snorts or runs directly at you. The bear will likely stop and move away.

Avoid direct eye contact: It can be viewed as aggressive behavior.

Keep a Can of Bear Spray: If you walk in areas known to have bear activity, consider bringing a can of bear spray along, and also have a can at home. Bear spray can be effective if the previous measures are unsuccessful. However, spraying bear spray on your yard and belongings does not work to deter bears.

Alert Authorities: Report bear’s threatening the safety of humans to the Fish and Wildlife Conservation Commission nearest you. 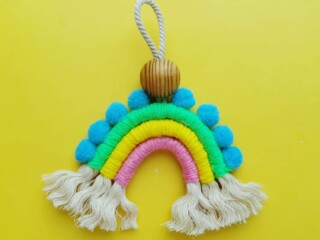