Are Snow Chains Bad for Tires?

While snow chains might sound like the ideal way to keep your car from getting stuck in heavy snow, you might be unsure what effect snow chains will have on your tires. There are plenty of people who avoid snow chains completely, out of fear that they will damage their tires, and even their wheel arches, suspension, and traction control system. Are snow chains bad for your tires, or are they a perfectly safe way of keeping your vehicle on the road during the winter? Read on to find out.

What are Snow Chains?

If you are unfamiliar with driving in snowy or icy conditions, you might be unsure what snow chains are.

Will Snow Chains Damage my Tires?

There is no definitive answer as to whether snow chains will damage your car’s tires. There are plenty of things you will need to take into consideration before applying snow chains to your tires and hitting the road. Everything from your car’s braking system to your wheel clearance to the amount of ice and snow on the road will make a big difference in the effect snow tires will have on your car.

Check your clearance: Before purchasing a set of snow chains, you will want to make sure there is enough clearance between your car’s tires and the wheel arches. If the snow chains you pick out are too thick and hit the wheel arch while driving, you will cause severe damage to your car, your wheels, and your snow chains. Here are the best snow chains for low profile tires.

Abide by the law: Check the laws regarding snow chains in your country or state. Different countries have different laws on using snow chains, and the same goes for different states in the US. These laws usually apply to protect your car and the road surface from damage caused by snow chains. In some regions, you are required to have snow chains on your vehicle, usually on mountain roads that are prone to deep banks of snow. Always check with local authorities if you are unsure about the law in your area.

Pay attention in case your snow chains snap: Snow chains are prone to snapping, which could potentially damage your tires and car. Damaged snow chains can wrap around the wheel axle or cause other damage in the underside of your car, which could be costly to repair.

Avoid driving on cleared road surfaces: Don’t use snow chains in light snow or roads with little to no ice or snow cover. Using snow chains on clear roads is the easiest and most common mistake people make when using snow chains. If you are transitioning from streets with heavy snowfall onto tarmac roads, make sure you stop your car and remove your chains.

If you drive on a normal road surface with chains still on your car, you will likely damage your tires and tear chunks of tarmac out of the road surface.

Don’t use snow chains on a car with an anti-brake system: Avoid using most snow chains if your car has a modern anti-braking System (ABS). A computerized anti-braking system will register each wheel’s spinning speed in relation to your car’s speed and change the braking appropriately to help reduce your chances of skidding. Studies point out that snow chains will affect your car’s ability to gauge correct wheel speed on snow and ice, which could cause your ABS to malfunction and ruin your wheels or other aspects of your car.

Don’t drive too fast with snow chains on your tires: Many drivers in a rush to get somewhere make the common mistake of driving over the recommended speed while operating a vehicle with snow chains. Most snow chains state that you shouldn’t drive faster than 30mph. Otherwise, you run the risk of damaging your snow chains and your tires or losing control of your vehicle.

While there is no clear-cut answer to whether snow chains are bad for your tires, some chains will perform better than others and are less likely to ruin your tires than others.

For example, if you want to pick out snow chains that are well suited to a car with a traction-control system or with low clearance, consider something like the Security Chain SZ143 Super Z6. These cables are a lot thinner than most chains, with a width of 1/4 of an inch. Despite being lightweight in comparison to over chains on the market, they are just as durable as linked chains. Their diagonal pattern design also means you don’t have to worry about your anti-braking system malfunctioning.

If you would prefer to purchase a set of traditional snow chains, consider the Peerless 0153005 snow chains. These linked snow chains are perfect for low clearance vehicles with a width of less than 1/2 an inch. The chains don’t lose any strength as a result of their small width, as they are constructed from a tough manganese alloy steel.

This lightweight alloy, combined with Peerless’ “D” shaped cross-sections, helps with weight distribution, lowering the risk of damage to your tires and the road surface. The diamond-shaped pattern used on the Peerless 0153005 snow chains is also ideal for cars with anti-lock braking. 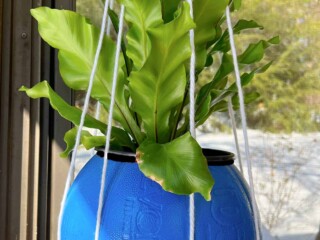 Are Snow Chains Good in Mud?
Read Next Post →