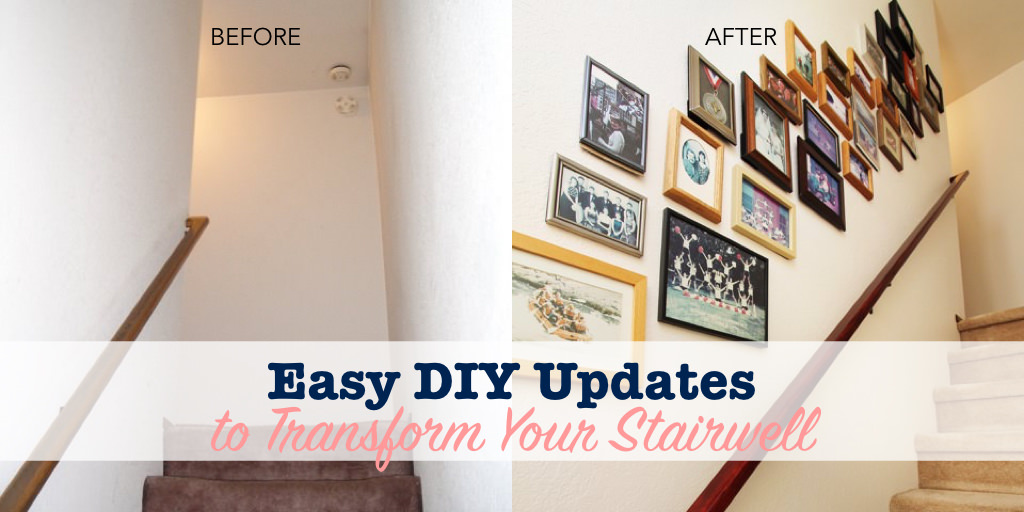 Time to head upstairs in my home tour.  But let’s stop and take a quick look at the stairwell along the way.

It wasn’t always worth pausing for a look at this tight, closed in space. (I couldn’t even get a queen size box spring up the stairs, because it wouldn’t go around the corner.)  It was dark, and dirty, and as un-cared for as the rest of the house.

But with a few simple DIY projects, the space is now completely transformed.  Get inspired for your own quick and easy DIY stairway updates.

MATERIALS TO UPDATE A STAIRWELL

The previous owners of my home had cats.  And clearly those cats used to enjoy sitting in the sunny window in the stairwell.

I used some spackle and dry wall patch kits to fix small holes near the steps.  Cleaning and painting removed the last traces of the cats. 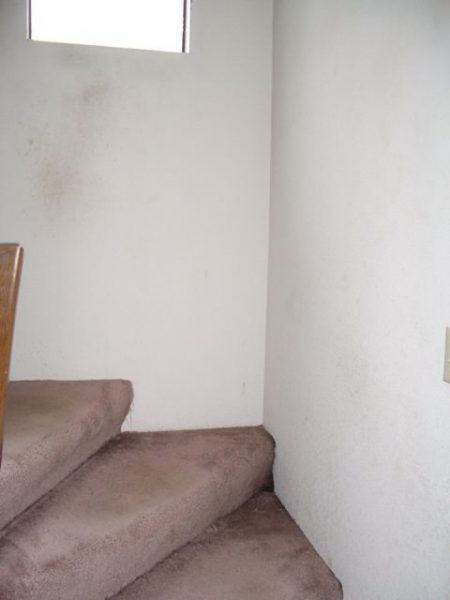 STAIRWELL BEFORE: Cats used to climb up into the window. 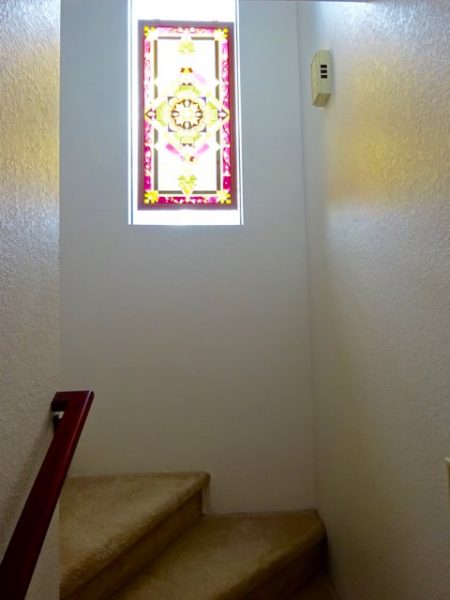 The window from this stairwell looks directly into a bedroom in the neighboring house.  To keep the light, but add some privacy (more for them than for me), I hung a stained glass panel from the window frame. 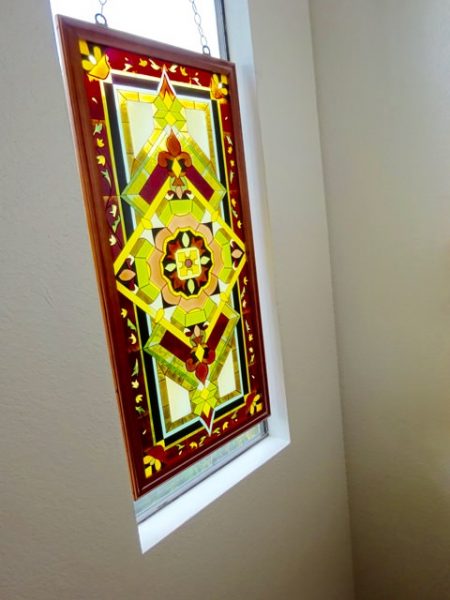 It was tricky reaching to top of the very tall window frame.  If I tell you how I did it, you must promise to be very, very careful if you try this yourself.

First, I put my step ladder on the corner step, and leaned it up against the wall (the wall without the window on it).  Then, I got a long 2″ x 4″.  I put one end of the board on a high step, and the other end on the top rung of the ladder.  Basically, I made my own scaffolding.

The railing in the stairwell was very dirty, and the finish was wearing off.  I decided the best thing to do was to refinish it.

By removing a few screws, I was able to take the railing off the wall.  Then I sanded it a bit to get a clean surface.  I didn’t have to sand down to bare wood, because the Minwax PolyShades product I used is meant to be applied over exiting finishes. 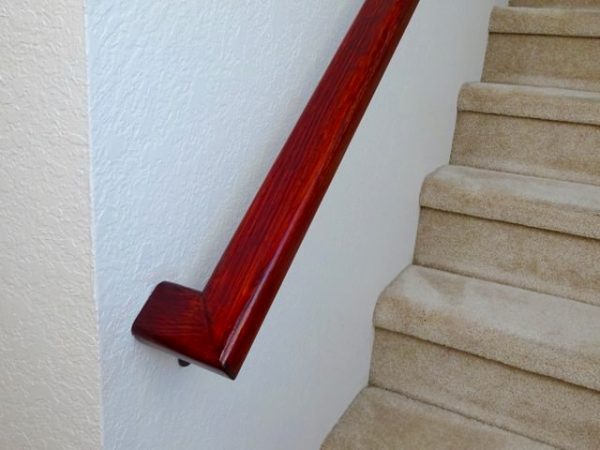 The enclosed stairwell had lots of great blank wall space.  I decided to create a gallery wall above the railing. 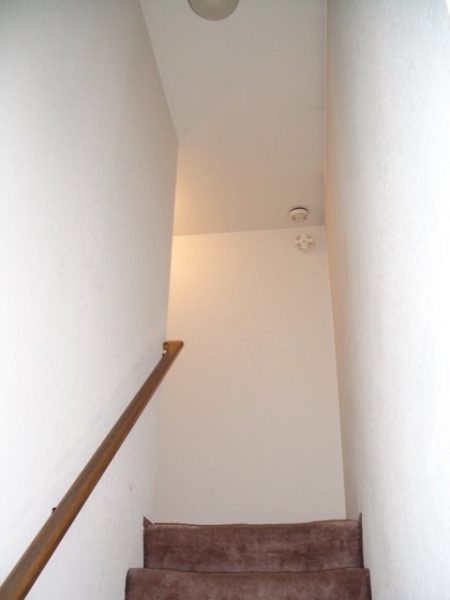 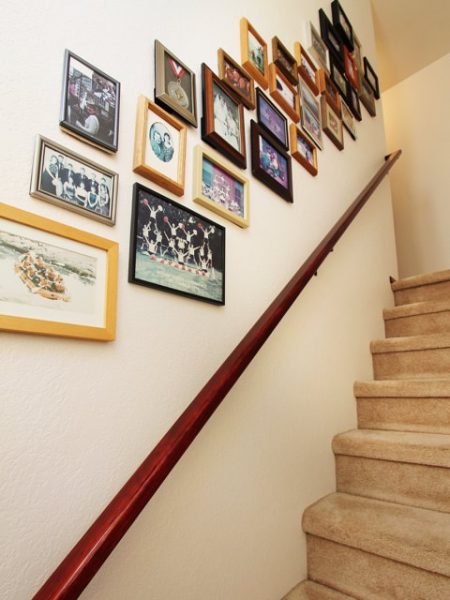 Finding the photos was easy.  I had lots of snapshots of trips, events, and activities.  Some were already framed.  For the rest, I picked up frames at thrift stores.  None of the frames match, and I think it looks great that way. 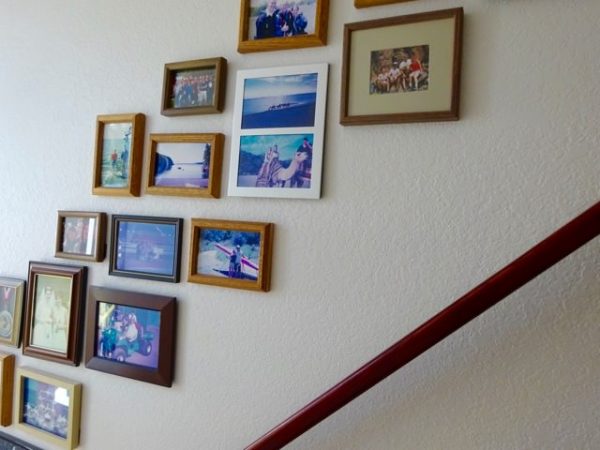 My photos go in a somewhat chronological order, so that helped with deciding where each photo should go on the wall.  I laid them all out on the bedroom floor first, to get the arrangement just right.

Once I had a layout I liked, I moved the photos to the wall a few at a time.  The placement didn’t have to be exact for my design, which made the photos easier to hang.

With just those few small DIY updates, my stairwell is transformed.  What a big difference, right?

Now I enjoy stopping on my way up or down the stairs, to look at my gallery photos, or enjoy the light through the stained glass window.

Which updates will you try? 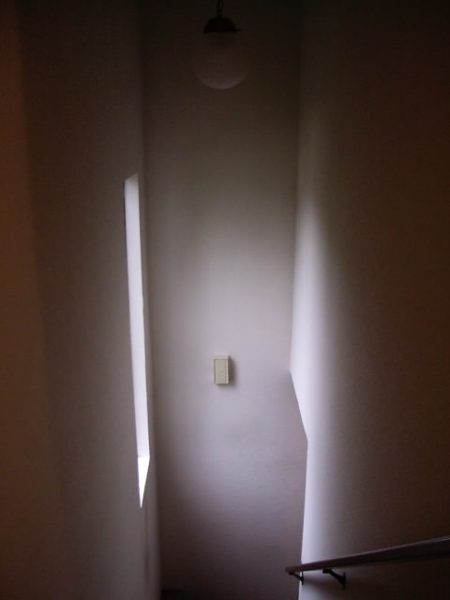 BEFORE: Dark and dirty. 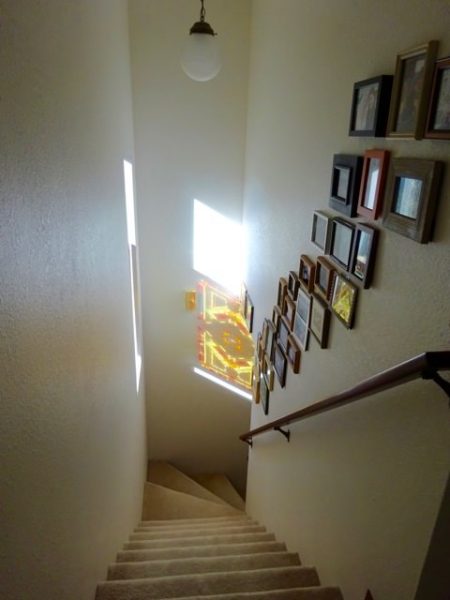 AFTER: Bright and interesting. 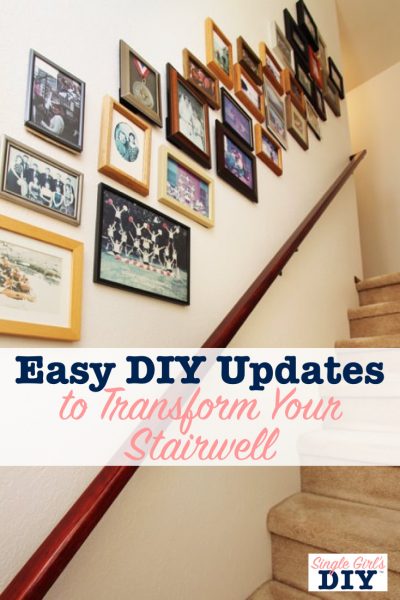 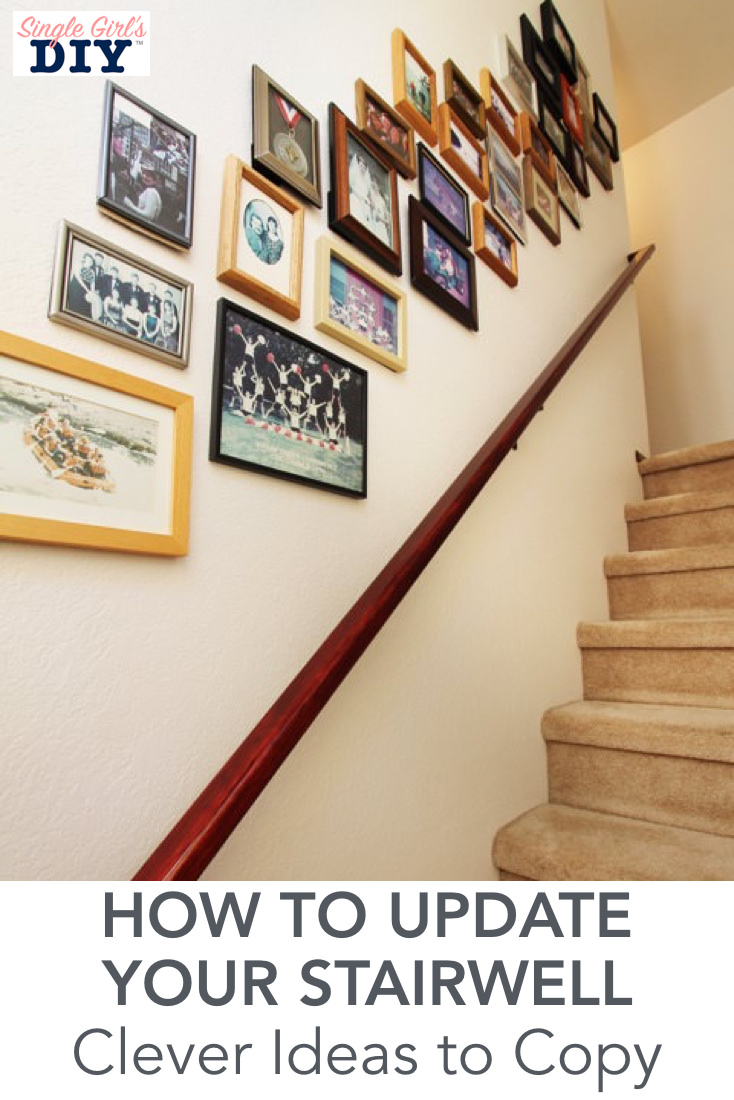 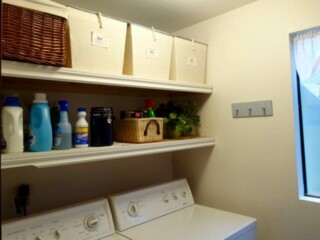 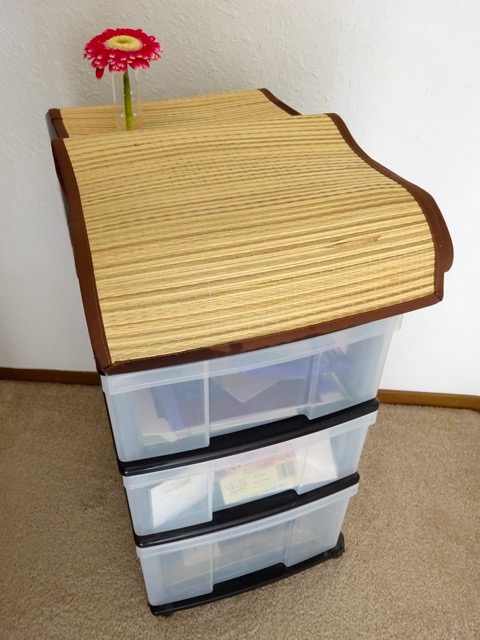